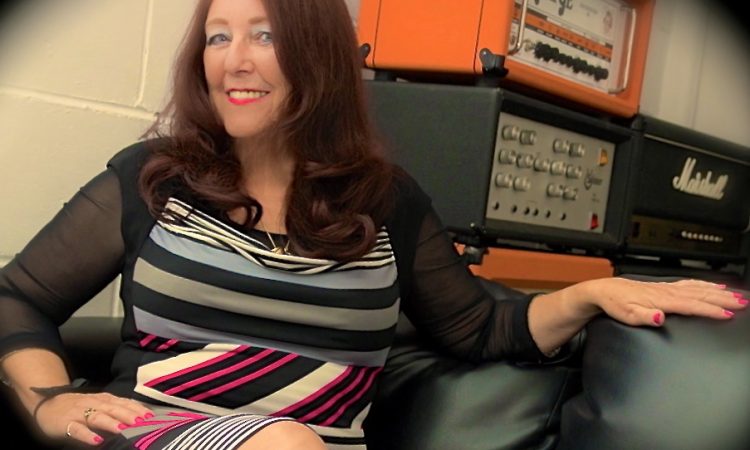 In her 70th birthday year, songwriter Linda Lamon has risen to the challenge of writing for a hip hop producer after they met at a PRS Foundation mix event in London.

The Ivor’s Academy member was at a special event held for music creators at the PRS building at St Pancras Square when established Hip Hop producer Dean Douglas approached her after hearing that two of her songs had been performed live by International Soprano Katerina Mina at the UNESCO headquarters in Paris to launch their annual International Day Of Light  celebrations.

“Hip Hop or dance is not a genre I have previously thought about working in – it’s usually folk, pop, country, classical, rock or R&B style, so I was a bit reticent at first.  However, after Dean sent me a brief to work on, I realised that I actually had a song already written that fitted perfectly.” Linda said.

After creating the vocal and guitar part in her studio near Manchester, the piece was sent over to Dean, (who said that he was delighted with the work), for mixing.

“I’m looking forward to hearing the results – it should be interesting!  I never thought I would still be creating music into 2020, but here I am and it doesn’t look like I’ll be giving up any time soon. I’m grateful to many people in the music industry that encourage me to keep going.”

Linda’s music can be heard here on this website and can be streamed or downloaded from most digital platforms distributed by Horus Music.

Lamon also has two pieces with the British Music Library.

SAVE EARTH AS WE REACH FOR MARS SCIENTISTS SAY