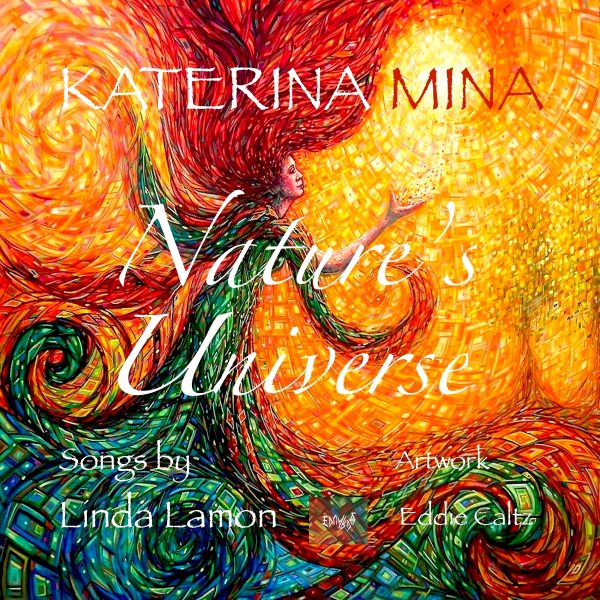 Track 1 – LOOK TO THE UNIVERSE

Track 2 – FREEDOM FOR ME

Track 4 – THE BELLS OF BERE REGIS

Track 6 – LOOK TO THE UNIVERSE REMIX with Narrative

Listen to the snippets on this 2 min Youtube movie

The much anticipated EP Nature’s Universe, performed by Katerina Mina, is now available for digital download from this website (by clicking on the ‘buy now’ bar above) or from most digital on line stores, including iTunes.

Two tracks, ‘Look to the Universe’ and Rainbow of Light Anthem were performed by Katerina  to much acclaim at the first UNESCO International Day of Light celebrations in Paris and the event is now held every year on May 16th.

With over twenty minutes of classical/folk/ crossover tracks, Katerina delivers the music with a crystal clear spinto soprano voice, which blends with the modern acoustic sounds produced and played by Nigel Stonier at Airtight Studios in Manchester.

Here is a review from Astronomy magazine about Look to the Universe, which was inspired by the late professor Stephen Hawking.

“The lady has a beautiful voice”, says astrophysicist and rock star Dr Brian May.

Preview snippets of all songs on the EP are here on youtube.

Looks the Universe, Freedom For Me, The Bells of Bere Regis, The New Woodland Song, Rainbow of Light Anthem. Look to the Universe remix.