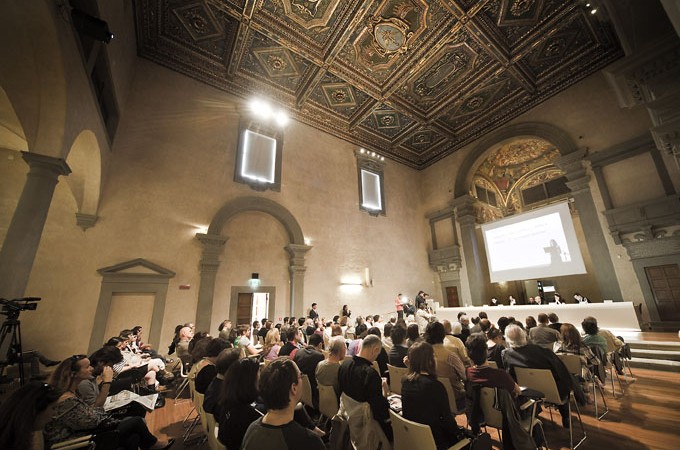 It’s Non Stop November for Linda as she prepares for live European and UK concerts with Katerina Mina, sees her composition Rainbow Of Light open International Year Of Light events in Canada, Italy and the USA and puts the finishing touches to a new EP of her works, ready for a winter release. ROL also has a semi-final place in the UK International Songwriting Contest and could be announced as a winner this month.

After a bit of a whirlwind year, it’s still all go as Katerina and Linda pack in performances in Florence on November 7th and Bristol UK the day after on the 8th.

“We were booked to do the Bristol show ‘Light – from the Big Bang to VJs at the Trinity Centre a while ago. When we got the email asking us to appear at Laser Florence the day before, it was too good an opportunity to miss, so we’ve worked out a pretty tight itinerary. ” Linda said.

Laser Florence, which is being held at the auditorium Santa Apollo, is an International Year Of Light event and will have representatives from around thirty countries.  Linda’s song Rainbow Of Light  will open the proceedings on the 5th, then Katerina and Linda will perform the song live, along with a repertoire of Linda’s other works at the gala dinner two days later.

The show in Bristol is another International Year Of Light event, which is celebrating light through art including dance, painting, fashion and music.

“After Rainbow Of Light has travelled the world, we are really pleased to be bringing the song to Bristol for its UK premier live performance.”  says Linda.

November 30th is also the deadline for submitting songs for A Song For Europe via the Great British Song Search run by BASCA.

“I’m really not sure I am going to have time to get something together for this, but I do have a song up my sleeve, so we’ll have to see what pans out. I’m really pleased that the BBC have at last released their grip on the decision making and put it back to the public vote.”