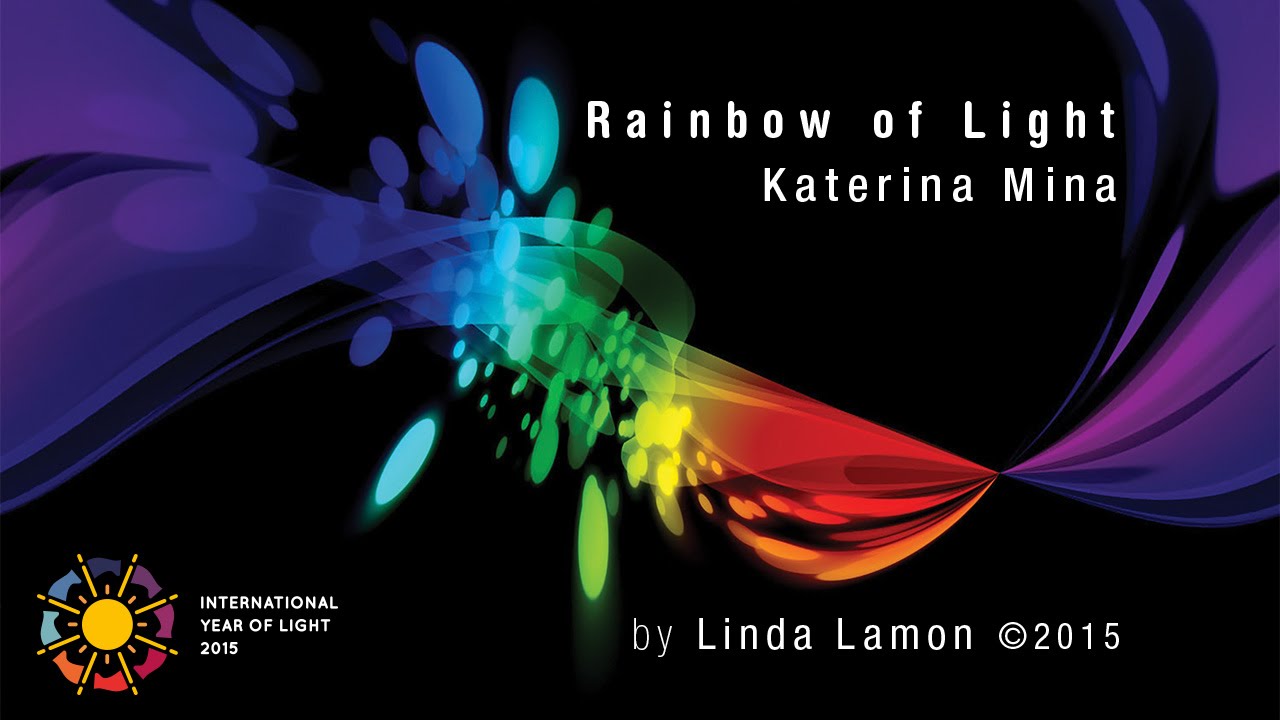 “For the rest of my life I will reflect on what light is.” Albert Einstein

“Could the answer be in the rainbow?” Linda Lamon

“Rainbow of light
A spectrum of truth
Bringing hope
That we might
Not be alone.” Rainbow Of Light is helping to celebrate UNESCO’S International Year Of Light 2015.

It was the passion, the hope and the joy of discovery I encountered at the International astronomy and arts event STARMUS, in 2014 that inspired me to write Rainbow of Light.

Although not an astronomer or scientist myself, I had travelled to Tenerife as a delegate when I heard about this fabulous mix of science and music. I had listened intently with wonder and excitement to the talks delivered by the founders, Professor Garik Israelean and Dr May, guest speakers Professor Stephen Hawking, Richard Dawkins and many other eminent scientists, with astronauts Alexi Leonov and Charlie Duke. My mind was blown away and my life changed forever.

My hastily scribbled notes flew back with me to the UK. I wanted to capture my experience in song and hold onto the powerful memories to share with others in a simple way. My head had been buzzing with the possibilities we humans face…So many things we have yet to discover. So many theories and so little proven fact. The key words I had written down expressed the message I was hearing from the platform. How did the Universe begin?  Where are we going?  Is there life on other planets?  Could life exist there?

I wrote the lyrics very soon after, in a  couple of hours. There were so many words I had to leave out to create a clear, concise message and once I was happy with them, I sat down with my guitar.

The melody came to me quickly – it had to contain an element of the mystery I felt. The music flowed into place as I structured it to fit the lyrics, making small amendments where needed. For the chorus, I needed something uplifting to represent hope for the future of mankind and to achieve this I focused on the main theme of the song and presented the chord structure in a different way – the first line being a whole tone up to bring the refrain to the crescendo for the ‘anthem’ effect at the end.

Finding International soprano Katerina Mina was I feel, a twist of fate. We had met on the hotel beach at Starmus, where she was performing at the closing ceremony. When we met up in London a few weeks later, Katerina heard the rough recording I had made on my garageband software with acoustic guitar and loved it enough to want to record it.

The arrangement had to be simple as we felt it important that the words needed to be heard clearly.  We did a budget recording of Katerina’s voice (with a key change to E) and my acoustic guitar to accompany. That worked well enough to receive very encouraging feedback from music professionals, friends and family and an interest (and eventual commitment) from UNESCO’S International Year Of Light committee.

I added extra guitar, flute, cello and subtle violin to give the final production more light, shade and build.  We had to think about how we would perform the song live and the piece can now work as a three, four or five part ensemble or it can be equally effective with solo acoustic guitar.