The Badger & The Wren 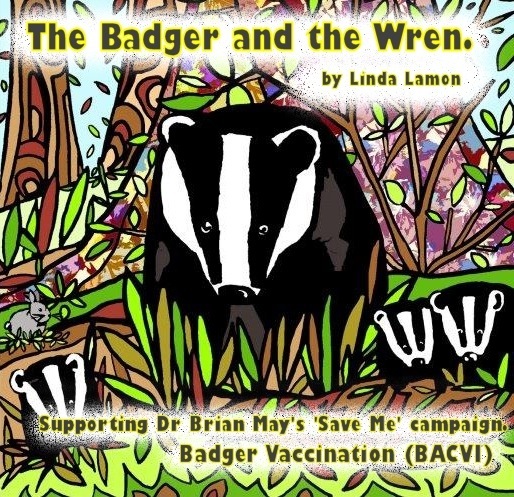 ‘We are creatures of the wood
At one with the earth
Natures friends, greatly loved
Born free to know our worth.”

The Story Behind the Song

It was a challenge trying to write a song that depicted the pending death of a much loved creature because of a UK bTB outbreak which called for them to be culled. Whilst living in Bere Regis in Dorset I had walked around the hills and heaths and stumbled across many badger setts. I sat near one of these, on the outskirts of May’s Wood, surrounded by bluebells on a beautiful sunny spring day and put myself in the place of a wise badger trying to explain to his friend the wren that he understood the way of things but that they must not be sad as nature knows best and man will realise his mistake sooner or later.

I wanted to make it an upbeat song to reflect Mr Badgers positive view on the situation and Martin John’s banjo helped drive this along. Martin also introduced the badger ‘talk’, which I think really adds to the feel of being in the open countryside. It’s essentially a folk tune, originally composed on my acoustic guitar (with elements of Bluegrass) but Lynton Guest adds some keyboards to bring in the emotion attached to the sad story. Word first, then music, wrapped around a chord structure of D/G/A/F#/Bm/Em.

The song has been backed by Brian May’s  Save Me Trust and was used in a campaign by the Badger Trust in 2016.

You can download The Badger & the Wren on iTunes. Proceeds will go to the Save Me Trust. Thanks!

The Badger & The Wren was awarded a Commended Entry Certificate in the Open Category in the UK Songwriting Contest 2014.